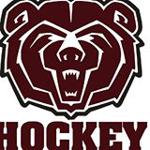 On February 8th, the Mid America High School Hockey League (MAHSHL) Board of Directors convened to hold their inaugural MAHSHL All-Conference selections.  Each coach nominated players from their representative teams in each position (center, left and right wings, defensemen, and goaltenders) and the other coaches voted on those nominations to fill the 20 selections.  No coach was allowed to vote for their own nominations.

Six Springfield Spirit Varsity players garnered enough votes to be selected.  Those selected represent the very best of MAHSHL and have earned both the respect and admiration of coaches and other players throughout the league.

A complete list of all selections can be found at http://mahshl.com/news.php?news_id=1916696&lang=

Select one of the links below.

Remember to subscribe to stay updated on all of our games!